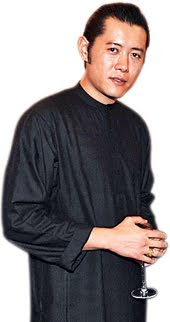 
Damphu town: Loitering in the small town other than in gho and kira could cost big

Dzongkhag Yargye Tshogdu 13 April, 2011 - Tsirang dzongkhag’s yargye tshogdu, after elaborately discussing the need to wear gho and kira in town, decided to submit the issue as an agenda for discussion in the parliament.

The dzongkhag’s assistant legal officer, Jangchu Dorji, who moved the motion for discussion in the 28th session of the DYT, said, with people wearing casual clothes in town, Damphu was becoming no different from the bordering towns of India.

“Wearing national dress is important to preserve our own culture and identity,” he said.

Jangchu Dorji said imposing people to wear formal dress would be against the fundamental rights, but it is also a legal right to preserve our culture, as the Constitution mandates it.

Tsirang’s DYT chairman, Mendrelgang gup Yeshi said promoting the national dress is important, as it would vanish when youth do not show any interest to preserve it.

He said people come to town in casual dress. “So it’s important to endorse it in the DYT.”

Patala mangmi, Kado Drukpa, said Tsirang is central and a lot of people pass by and, if the dzongkhag could reinforce the rule, it would set an example.

Some DYT members, after discussing that police should be the implementing agency, suggested that a fine of Nu 1,000 be imposed on people, who do not comply with the rule.

Tsirang dzongda Pemba Wangchuk said that having good support from DYT members to make it compulsory to wear formal dress is good. “Personally I feel good when I’m in gho than when I’m in pants, I feel out of place,” he said.

But insisting on regulations and imposing fines are, however, not necessary as of now, the dzongda said. “What is important is that civil servants should lead by example by wearing formal dress,” dzongda Pemba Wangchuk said.

Meanwhile, Tsirang DYT members, in the 26th session, decided to prohibit entertainment businesses like drayangs and snooker in the dzongkhag.

The decision to not allow such entertainment led to the closure of a drayang, which was in operation for about two months.

Dzongda Pemba Wangchuk said the decision was made as alcohol was becoming a problem. “There has to be some initiative to stop it and we decided that all government meetings, lunches and dinners should be alcohol free,” he said.

Tsirang residents, however, are not happy with the DYT decision.

A corporate employee said preserving culture is important but that does not mean people have to wear formal dress everywhere. “I love my national dress and I have pride in wearing it,” he said, “But I want to be in casual dress sometimes.”