Gosaling’s bone of contention – a slaughterhouse

Besides hurting villagers’ religious sentiments, the abbatoir is accused of contaminating the entire place, water source and all
3 April, 2009 - Gosaling villagers in Tsirang just celebrated, what they call, a peaceful month. With the month of March coinciding with the first auspicious month in the Bhutanese calendar, farmers were spared from witnessing the butchering of cattle at the slaughterhouse located in their village. 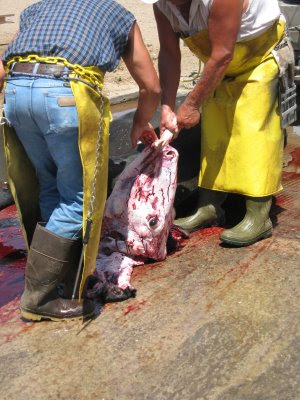 With 70 percent of the village’s population Hindu with a deep regard for the sacred cow, villagers say that the sight of cattle being taken to the slaughterhouse was painful. “It hurts our sentiments as it is located in the middle of a community where people worship cows,” said a resident, Tamang. 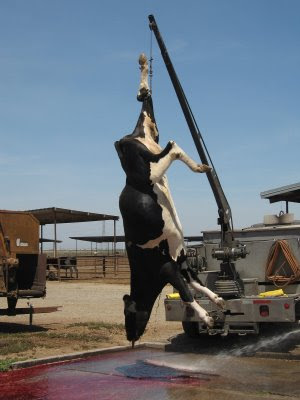 But it’s not just religious sensitivity that has farmers complaining about the abbatoir. According to farmers, it was also the environment they had to live and work in. 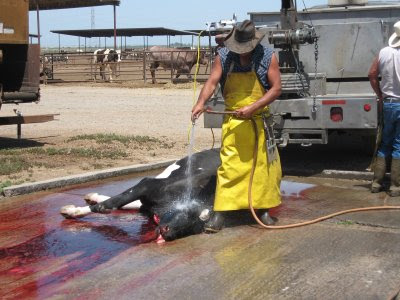 “It’s time to bear the foul smell again,” said a villager, calling it a torture. “We’ve spent sleepless nights and had to miss meals at times as the smell is too foul,” he said.

The one-storied abattoir of stone kills about 40 to 50 cattle every month. It is located in the heart of the upper Gosaling within a five-acre land belonging to the owner of the abattoir. 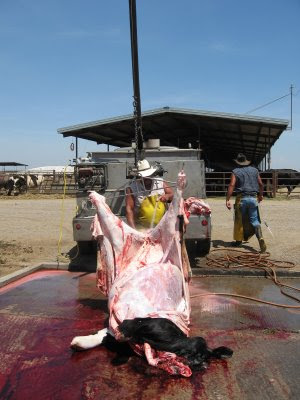 A 48-year-old father of four said that, although the cattle were slaughtered on the owner’s land, dogs scattered the discarded parts and waste in the village. “It defiles the whole community and we’re falling ill,” he said. 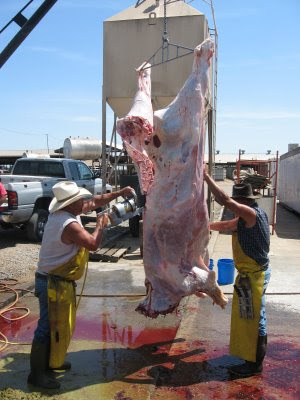 The source of the village’s water supply is located about 200 m away from the slaughterhouse and residents accuse the place of contaminating their drinking water. Sura Bir Alley, 62, whose mandarin orchard borders the abbatoir, said that he had lost orange trees, as his orchard was filled with skull, horns, tails and other carrion waste. “It’s becoming difficult to hire hands to work in my orchard. They feel dirty and disturbed,” he said. “My investment in the orchard will be wasted.”

Residents also said that the owner of the place of death had misused kidu land by turning it into a slaughterhouse. “He should cultivate the kidu land and slaughter somewhere else if he has the license for a slaughterhouse,” said an angry neighbor. 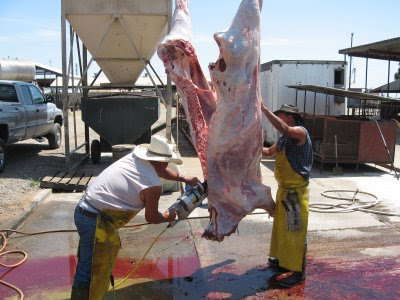 Gosaling gup, K B Tamang, said that the gewog took the matter seriously since it was affecting the water source and hurting the sentiments of the people. “W discussed the matter in the dzongkhag yargye tshogdu (DYT) thrice,” he said, adding that dzongkhag has now intervened. 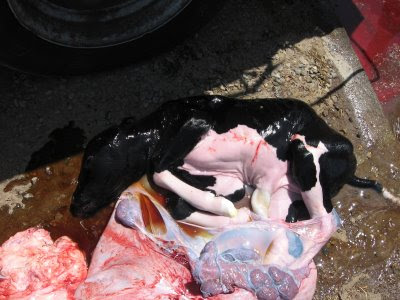 Tsirang dzongda, Lhendu Wangchuk, said that the dzongkhag respected the public sentiment. “The slaughterhouse lacked proper standard before but lately it constructed proper drainage system and disposal pits,” he said.

Meanwhile, the dzongkhag’s livestock sector is in the process of identifying a new location. “There is a site at Mithuntar, about 32 km away from Tsirang proper, but we’ll have to finalise the process,” said the dzongkhag livestock officer, Dorji Dukpa.

The slaughterhouse owner, Penjor, is not deterred. He said that he obtained a permit to butcher animals when the livestock department introduced the policy of reducing unproductive cattle. “I consulted the dzongkhag and gewog before opening this slaughterhouse,” he said. “The then dzongkhag livestock officer and gewog officials forced me to open the slaughterhouse before I was even ready.”

Penjor said he did not contaminate the water and added that the water was not supplied for people’s consumption but for an outreach clinic. There are other settlements living nearby the source, he said, adding that he spent about Nu 750,000 in constructing and renovating the abattoir. “I‘ll only shift if they compensate my money,” he said.

Tsirang Lam Neten, Namgay Wangchuk, said that the dratshang tried to stop the slaughterhouse but it clashed with the government’s policy to reduce unproductive livestock. “I fully understand the agriculture ministry’s policy and also that it will uplift poor farmers, but that’s a temporary measure,” he said. He said that the dratshang is discouraging people from buying meat for rituals.


By Tashi Dema
t_dyel@kuensel.com.bt
Posted by Oh My GOD at 7:08 PM