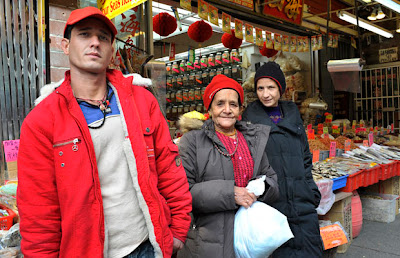 Kharcila Kafley, 65, son Bholanath and daughter Bishnumaya, both in their 20s, arrived in Vancouver last week amid little fanfare to become the first Bhutanese refugee family to call the region home.

They are the vanguard of an estimated 5,000 newcomers destined for Canada from the South Asian kingdom, best known for measuring its residents’ quality of life in terms of Gross National Happiness. Of those, about 900 people, or 40 families, will settle in British Columbia.

Ethnically Nepalese from southern Bhutan, the families have been living in refugee camps in neighbouring Nepal for the past 17 years after cultural and political clashes with the government in Bhutan rendered more than 100,000 people stateless.

Through a Nepali-speaking interpreter, Kharcila Kafley said she reluctantly fled to the camps with 10 of her 12 children after losing her family’s fertile farmland in the early 1990s.

She was told she would be killed if she did not sign over the property and cattle to the government, she said.

Kafley said she took part in several protests in the years following her eviction, including participating in a hunger strike with other displaced Bhutanese residents. Her hope always was to to return to her village, she said. But over the years, that hope has faded.

When she learned through the United Nations about the possibility of resettling in Canada, Kafley said she and her family — which now includes several grandchildren — jumped at the chance. Kafley was fast-tracked to her new home because of her daughter’s medical needs, while the rest of the family is scheduled to arrive in the coming months, or possibly years.

The trio touched down in Vancouver last week, and admit they have much to learn about their new home.

“What can I say, I am satisfied so far,” said an exhausted Kafley only hours after settling in to temporary housing provided by Immigrant Services Society of B.C. in downtown Vancouver.

“I am proud to come here. My only regret is that I cannot share my happiness because of the language,” she said.

The family’s low-key arrival marks the first time in years B.C. has welcomed a brand-new cultural and ethnic community within its borders, according to Chris Friesen, director of settlement services with ISS.

That means there is no pre-existing social network — no family or friends — to help the newcomers adjust to unfamiliar surroundings, Friesen said.

“That is highly unique compared to other refugee populations,” he said.

Plans have begun to settle the refugees in Coquitlam and Port Coquitlam.

As government-sponsored refugees, each family or individual is required to begin repaying within one year the transportation loans granted for their travel to Canada. In the meantime, the families are given federal support at a rate similar to provincial welfare.

Up to 40 per cent of the Bhutanese refugees are school-aged children. Friesen said many of the children already speak English, and most have attended schools in the refugee camps. Their parents and grandparents, meanwhile, will be offered English-language classes as well as vocational and skill-based training to help them gain employment.

Friesen said Metro Vancouver’s Nepalese community is welcoming the newcomers, but many more volunteers are needed to help the families settle in.

“These people have been waiting 17 years to rebuild their lives,” Friesen said.

The Vancouver Sun
Posted by Oh My GOD at 8:09 PM