The Attempted Coup in Bhutan

This is one of Open Secrets Concerning the Fourteenth Dalai Lama presented in the book A Great Deception by the Western Shugden Society. I found more details about the Attempted Coup in Bhutan in the book The Making of Modern Tibet By A. Tom Grunfeld. Below are a few excerpts from page 206. 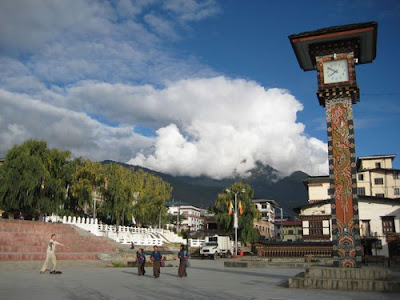 In April 1973, just months before the official coronation of the current monarch, King Jigme Singye Wangchuck, the government of Bhutan announced the arrest of more than thirty individuals, almost all of them Tibetan refugees. The arrests were said to be in response to a plot that had begun a year earlier with the fatal heart attack of the previous monarch. During the latter years of this king’s reign, one of the most influential people was his alleged mistress. This woman, Ashi Yanki, was accused of being the ringleader of a group that had plotted to kill the young heir to the throne, set fire to the capital of Thimpu, and, in the resulting confusion, carry out a coup that would have effectively put Bhutan under the control of Tibetan refugees. The purpose of this coup, it was claimed, was to turn Bhutan into a military camp and a staging area for raids into neighboring China. It was further alleged that Ashi Yanki’s major source of support and encouragement was none other than Gyalo Thondup [the Dalai Lama's brother]. …

The Dalai Lama must maintain the absolute and undivided loyalty of the refugees in order to preserve his secular power. He is opposed to assimilation, and is especially opposed to the acquisition of citizenship in the settelment countries. In 1979, it was rumored that representatives of the Dalai Lama were warning Tibetans not to choose Bhutanese citizenship, lest they be barred from any future “independent” Tibet. …

In response, the Bhutanese, wanting all Tibetans to assume citizenship and profess their political loyaties solely to their king, have promised the refugees that they are free to renounce Bhutanese citizenship any time in the future – as are all Bhutanese.
Posted by Oh My GOD at 11:19 PM