US Under Secy to visit India, Bhutan & Nepal

Washington: US Under Secretary for Democracy and Global Affairs Maria Otero will visit India, Bhutan and Nepal this week to discuss bilateral issues and look into the situation of refugees in the region, the State Department has
said.

She will hold bilateral meetings with senior government officials while in New Delhi, the State Department said. Otero would travel to India from February 8 to 11, Bhutan February 11 to 12 and Nepal from February 13 to 14. 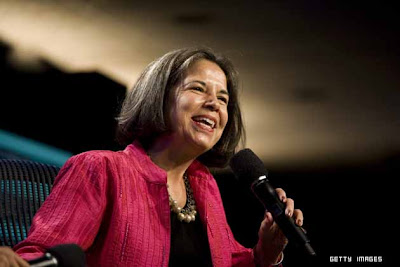 The senior most Obama administration official to visit Bhutan, she would discuss global issues as well as the protracted situation of the Bhutanese refugees in Nepal. Otero would also have a bilateral meeting with the Bhutanese Prime Minister Jigme Thinley and other senior officials, besides civil society leaders.

In her final stop, Otero will visit Kathmandu, where she will address the Disaster Risk Reduction Symposium entitled 'Be Aware, Be Prepared: Implementing lessons learned from other earthquakes.' The purpose of the event, which is hosted by the Government of Nepal in collaboration with the US Embassy and the United Nations, is to raise awareness among key decision makers of Nepal's vulnerability to a catastrophic earthquake. Otero will also hold meetings with senior Nepalese officials and civil society representatives and engage on Tibetan refugee and trafficking in persons issues, the State Department said.

As Under Secretary for Democracy and Global Affairs, Maria Otero oversees the bureaus of Population, Refugees and Migration, Democracy, Human Rights and Labour, Oceans and International Environmental and Scientific Affairs, the Office to Monitor and Combat Trafficking in Persons, and the Office of the Science and Technology Advisor. She also serves as the Special Coordinator for Tibetan issues.
Posted by Oh My GOD at 12:50 AM