Let there be food 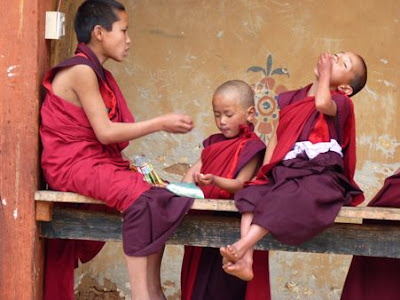 17 September 2010
Food and nutrition security policy in the pipeline

Although Bhutan’s national average energy consumption exceeds 2,500 kcal a day, in the worst-off areas, this figure does not even reach 1,900 kcal. Average consumption of protein, vitamins, and miner­als is even further below what is required for good health, according to the draft Food and Nutrition Security Policy (FNSP), 2010.

The policy lays down differ­ent aspects of availability of and access to food, utilization of food and stability of these dimensions of food and nutri­tion security.

Recently drafted by the ag­riculture and forests ministry, the policy says that hunger and malnutrition reduces Gross National Happiness and undermines Bhutan’s ability to achieve the millennium development goal of halv­ing hunger, malnutrition and poverty by 2015.

Once approved, the policy will legally bind the govern­ment to ensure that every Bhutanese has physical, social and economic access to suffi­cient, safe and nutritious food.

The Vulnerability Analysis and Mapping (VAM), 2005, pointed out that food inse­curity was one of the causes of poverty in Bhutan. VAM is World Food Programme’s comprehensive study on pov­erty reduction and geographi­cal distribution of food and nutrition.

Stressing the urgency to address food security issues, Tenzin Chophel, the chief policy and planning officer of the agriculture ministry, said that maintaining food and nu­trition security corresponded to national security for a small landlocked country vulnerable to geo-economic relations.

He said, “The past and pres­ent policies related to food are mostly geared towards promoting agriculture growth and do not provide adequate enabling environment to address food and nutrition security in a comprehensive manner.”

FNSP will help establish a legal basis for Bhu­tan National Food Security Strategic Paper (BNFSSP). “Once FNSP is approved, we would like to revisit the BNF­SSP,” said Tenzin Chophel.

However, food and nutri­tion security faces many challenges.

The main Bhutanese cereal, rice, comprises about 60 per­cent of the total food demand in the country and its impor­tance in the Bhutanese diet has increased from 40 percent in 1999 to 60 percent in 2008. The domestic production can meet only 48 percent of the rice demand.

A study conducted by the agriculture research centre in Wengkhar in Mongar Dzong­khag showed that around 51 percent of the total rice consumption in 50 of the 69 gewogs in the six eastern dzongkhags was imported.

Out of 8,883 acres of wet­land in the six dzongkhags, around 1,192 acres have been laid fallow in the past 10 years, according to the study. It pointed out that, if this trend continued, Bhutan would have no wetland in seven decades.

According to the 2009 UN Human Development Report, Bhutan’s internal migration rate, at six percent, is the high­est in South Asia and the ur­ban growth rate, on average, is more than seven percent.

This has led to the decrease of work force in the agricul­ture sector and under-utiliza­tion of established infrastruc­ture in rural areas.

Malnutrition, low food availability and poverty are predominantly a rural phe­nomenon with higher con­centrations in the eastern and southern parts of the country, according to the draft policy.

A team of officials from the GNH Commission, who had visited some of the most vul­nerable villages in the country under the Rural Economy Advance Programme (REAP), had reported that some vil­lages had to face food short­age for five months in a year. Accessibility and irrigation were pointed out as the main challenges for those villages.

Bhutan Observer
Posted by Oh My GOD at 6:08 AM