Religious personalities above politics
Voter Eligibility 17 September, 2010 - A lam, who holds a lineage but is not associated to any monastery, or has no disciples under him, who engages in civil activities or a namesake lam can participate in the elections.

On the other hand, a lam, who holds a lineage, leads a religious establishment, who is married but has disciples under him, receives stipend or salary from the government, who, although not registered, pursues an earnest spiritual practice, will be considered above politics and not participate in the electoral process.

This is indicated in the latest list drawn by the chhoedey lhentshog, a commission for religious organisations.

With the constitutional objective to keep religion above politics and to protect and preserve the spiritual values and heritage, the commission, in line with the 2007 religious organisations act, has drawn definitions of different religious personalities and their eligibility to participate in an election.

According to the list, a caretaker or an astrologer, who is registered with a religious organisation will be considered above politics, while a tsampa, who lives in the village and goes for occasional retreat, knows how to read and write, lives and dresses as a layperson, is allowed to participate. 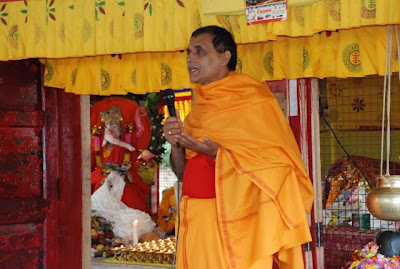 A namesake trulku, who engages in civil life, is allowed to participate in an electoral process, while an enthroned trulku, who presides over religious institutions, receives monetary assistance from government; or the recognised trulkus, who do not own an institution but practice religion, will also be considered above politics.

Member secretary of chhoedey lhentshog and the director general of the culture department, Dorji Tshering, said the commission was yet to finalise whether the religious personalities, who now work as civil servants, will be considered above politics.

“We will take the matter to the next commission meeting,” he said.

The commission had first met in April 2009 to draft the list, which promised clearer interpretation on the eligibility of the religious personalities. 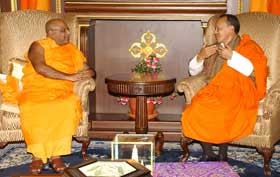 The election commission had drawn their own definitions for the last election.

“We did not take the ownership of the religious organisation act then,” said Dorji Tshering. The election commission had later approached the chhoedey lhentshog for more detailing.

About four meetings were held followed by a special sitting before the list was finalised.